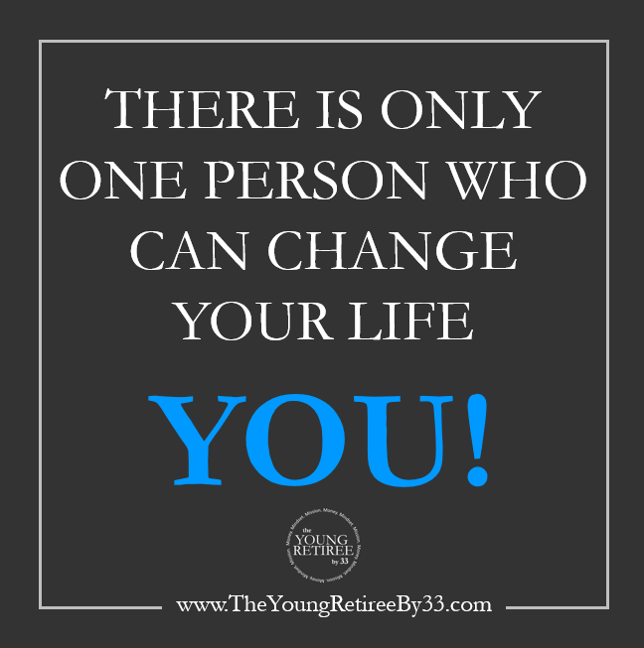 There is only one person who can change your life, YOU!

Want to know a hard reality. Read the quote above again.
One more time. There is only one person who can change your life, YOU! Your past doesn’t predict your future. You are in control of your life and your outcomes.
Why This Is So Hard To Believe
Many people will sit back and say there are things outside of their control preventing them from getting to where they want to be. Some would even argue that their past is predictive of your future.
I was recently listening to an incredible interview from Tom Bilyeu’s show Impact Theory. He had a guy on named Trevor Moawad who is a mindset expert. There was one incredible revelation he made and after he said it I was hooked.
https://www.youtube.com/watch?v=5lCeWtXPKko
Trevor mentioned that he is a firm believer that someone’s past isn’t predictive of the future. Tom was a little taken aback and challenged this notion to which Trevor had an incredible response.
Trevor said he knows the past doesn’t predict your future. The past is only predictive if your behavior stays the same. That’s right, your past is only predictive if your actions remain the same.
Let that sink in for a quick second. He is essentially saying, continue doing the same things you have been doing and get the same results you have been getting. Change the things you have been doing and you will begin to get different results. It is really that simple!
He isn’t trying to make the case for the results being better or worse, but more simply that the results will change.
Start Taking Control of Your Behavior
The main message I received from the video was this. You have complete control of your destiny. Don’t let anyone tell you otherwise. If you want your destiny to change, change your behaviour. That is the only way you can change your life.
This thought process isn’t for everyone. It is only for those who are ready to actually take control of their life. People who are willing to put in the work. 99% of people say they want it, but the reality is they only kind of want it. Are you going to begin changing your life and join the 1%?
Key Takeaways